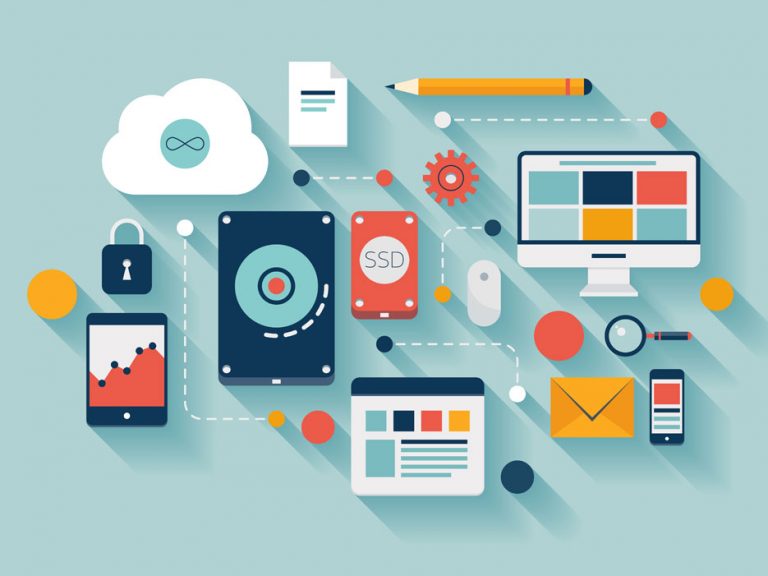 They say that if you don’t know your past, you are doomed to repeat those mistakes. Brushing up on your data backup history might help you make better decisions. It could save the life of your business.

What is Data Backup?

Yes, we’re starting at the beginning, but this class moves fast, so hold tight. When we talk about data backup, we’re referring to copying files so that you can get them back if something bad happens to your location or your machines. Ever had a PC freeze? Imagine what would happen if you but couldn’t get it back on again. What about if you lost all your computers? It sure would be useful to have another PC in another location that had all your important files stored.

Here’s how it was done in the olden days.

In the beginning (1949), there was an acronym, and that acronym was EDSAC, the Electronic Delay Storage Automatic Calculator. In 1951, UNIVAC I (Universal Automatic Computer I) took a step closer to the future of data backup. UNIVAC I used punch cards to store data externally. Punch cards were slow. They had very low capacity. In the 1960s, therefore, they were replaced by magnetic tape. It was a great advance, because one magnetic tape roll could store as much data as 10,000 punch cards. They were more reliable and inexpensive, factors that remain compelling when considering today’s backup technology.

In 1969, the world saw the first floppy disk. This stored 80 KB of data. They were even cheaper to use than magnetic tape, so they became the most common data backup media, used by individuals and small businesses alike.

In 1979, Sony and Philips introduced the compact disc or CD. Ten years later, the world was enjoying the CD-ROM and CD-R, which allowed individuals to store data on these discs. When the technology was new, the cost was high. By the early 90s, however, when CD-ROMs were commonplace in computers, CDs fell in price and rose in popularity. These kinds of discs survived as the market leaders for a relatively long time because advances in technology lead to 4GB DVDs.

In 1998, the first portable USB flash drives were made. Trek Technology and IBM sold the first USBs in 2000. At that time, their capacity was 8MB of storage, five times that of a floppy disk. USB drives remain integral to the computing experience. It’s now possible to fit terabytes of data on a single USB stick.

Now we’re getting up to speed. Cloud storage first emerged in the late ‘90s, but the service did not enter the playing field until much later. As businesses become more reliant on technology and data, data storage needs are increasing, but the needs for data backup are increasing too. Businesses are now so reliant on data (for example, databases of customer account details, important financial records, and sensitive client information) that the loss of critical data can send a business spiraling toward bankruptcy. Understanding the need to protect and preserve critical data, providers tend to use the Cloud, the SaaS (Software as a Service) strategy. This way, they can provide online storage space measured in terabytes.

Just as data use has evolved, so has data backup technology. If you’re in business, backing up your computer data is crucial. Just ask a business that has lots its critical data after a cyber attack, natural disaster, or plain old human error. You wouldn’t run a business today using punch cards and magnetic tape. Go all the way and make sure that your business is using the most effective, affordable, and practical solutions on offer.

Data backup firms are at the cutting edge, creating and employing dependable solutions for data storage and backup. A trusted data backup and disaster recovery provider will be glad to help you.